One of my favourite things to do with my family is to go to the beach. I always feel so rejuvenated after being in the water and being tossed around by the rapid waves.

During my last visit, I sat at the beach trying to write my next mediation and I just couldn’t find the flow. Normally I feel a stream of feelings flow through me and then I try to find the words to capture those feelings. Perhaps this was a classic case of writer’s block?

My last few experiences at the beach left me feeling unbalanced and unsettled which was contrary to how I normally feel. I remember saying to my husband, “I don’t know why but I haven’t been feeling as good after being in the water”.

It seemed strange to me but one thing I have learned on the awakening journey is to trust my higher sensory perception and the messages coming from my body even if it doesn’t make sense in the moment.

Recently I came across information that made my stomach sink. The article was titled, “The Internet of Underwater Things” – (IoUT)

Was this why I had been feeling uneasy after being at the beach?

The objective of the initiative is to fully invade and disrupt the oceans in the name of, what else, lucrative “sustainable development,” plus military gains.

This technology will introduce underwater devices that communicate long-distance through impactful acoustic waves — deafening marine life and its contamination will seriously damage ecosystems.— as well as installing nodes and devices at the ocean floor, scattering numerous underwater vehicles and robots all over the oceans, creating electromagnetic interferences. Among the interested parties are World Economic Forum and DARPA.

Perhaps we should suggest to the interested parties to try it at home first. How would they and their families feel if they installed loudspeakers in their homes that would blast deafening sounds at random hours, accompanied by camera-enabled drones that just would (loudly) fly in and out, as they tried to live their private lives?

Sunrise Project – (IoUT)
This project commenced in 2014 and is an early EU imitative dedicated to the IoUT: 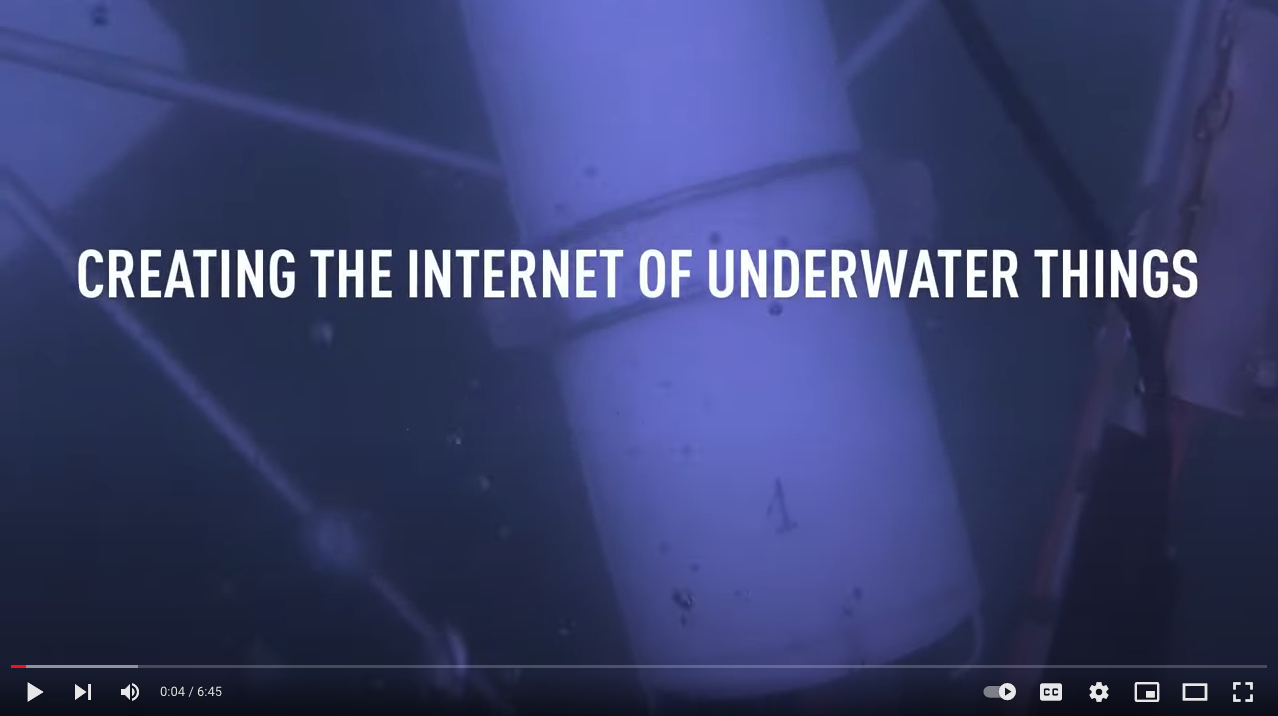 A 2018 article on the International Defense, Security and Technology website, talks about the SUNRISE project in detail:

Analogous to IoT, Military internet of things (MIOT) comprising multitude of platforms, ranging from ships to aircraft to ground vehicles to weapon systems, is expected to be developed. Military is also interested in building Military Internet of Underwater Things (IoUT) to communicate with Underwater Vehicles, ships and submarines.

“Sixth-generation wireless communication (6G) will be an integrated architecture of ‘space, air, ground and sea’. One of the most difficult part of this architecture is the underwater information acquisition which need to transmit information cross the interface between water and air.

In this scenario, ocean of things (OoT) will play an important role, because it can serve as a hub connecting Internet of things (IoT) and Internet of underwater things (IoUT). OoT device not only can collect data through underwater methods, but also can utilize radio frequency over the air.

For underwater communications, underwater acoustic communications (UWA COMMs) is the most effective way for OoT devices to exchange information, but it is always tormented by doppler shift and synchronization errors.”

“Most fish and invertebrates use sound for vital life functions … Noise impacts on development include body malformations, higher egg or immature mortality, developmental delays, delays in metamorphosing and settling, and slower growth rates. Zooplankton suffered high mortality in the presence of noise.

The “Ocean Panel”
Led by fourteen world leaders who are working with government, business, financial institutions, the science community, and civil society to catalyse and scale bold, pragmatic solutions across policy, governance, technology, and finance to ultimately develop an action agenda for transitioning to a sustainable ocean economy.

“By enhancing humanity’s relationship with the ocean, bridging ocean health and wealth, working with diverse stakeholders and harnessing the latest knowledge, the Ocean Panel aims to facilitate a better, more resilient future for people and the planet.

Established in September 2018, the Ocean Panel … is the only ocean policy body made up of serving world leaders with the authority needed to trigger, amplify and accelerate action worldwide for ocean priorities.”

Connecting the Dots
Many people still believe that the current state of world suffering, poverty, disease and violence was created accidentally and that what we see today in the globalscape was the organic evolution of humanity since the industrial age. This is inaccurate.


Once we understand the agenda of the controllers (Power Elite – Human and Non-Humans and the Military) we can see why they wish to annihilate our planet. How convenient that Mars is now touted as the next best thing since sliced bread! This is called STAIR STEPPING….If our planet falls apart, humanity will feel great pressure to buy a one-way ticket to Mars. In a future post, I will address why our species cannot survive on Mars – unless we become cyborgs.


Ley Lines
Our planet is made of an intricate array of ley lines or grid systems that conducts frequencies throughout our planet. The planetary grid network is a living consciousness matrix that is encoded with the blueprint or original instruction set for the divine plan of humanities spiritual evolution. 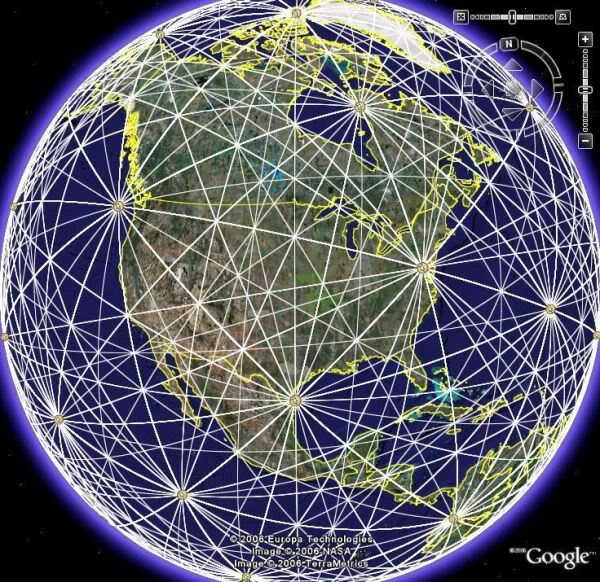 Think of planet earth as our planetary brain. Whatever is pulsed through the ley lines of the earth directly impacts the brain of every human being and life form.


The same energy network axiatonal lines that are present in our lightbody is also interconnected to the larger planetary ley lines.


Many of our ley lines have been impaled with energy that is grotesque and is what is partly being used to keep us in a consciousness pen.

The Role of Cetaceans
You might recall in a previous post that I talked about our beloved whales and other marine life and how they serve as guardians of our oceans by stabilising our grids.


They are in our oceans to help repair the sound body architecture as energy placement holders during the ascension cycle.


Our guardian, the Amethyst Order transmits frequency patterns and sound codes to their cetacean family representatives swimming in the oceans to help maintain electromagnetic balance and gender principle balance throughout the planetary biosphere.


The hunting of these cetaceans are many times the result of the dark agenda attempting to manipulate humans, to stop direct transmissions sourcing from the founders to regain control over sound codes or sonic pulse patterns transmitting from the cetaceans and into the crystal core of the earth.

NOW YOU CAN START TO CONNECT THE DOTS


It is time to ascend as a race and planet and claim back our birthright to live and love as children of the light.


Remain makers of peace and creators of love.


No matter what, I believe that God has a plan for humanity and planet earth. Our planet is ascending and we can choose to ascend with her.


Keep your heart connected to the forces of love and the magic of Christ Consciousness.

What is Christ Consciousness?